The sun’s rays reflected on the Mediterranean like a million glittering diamonds. Squinting out to sea, after four flights and 34 hours in the artificial light of airplanes and airports, we have arrived in Málaga, Spain.

During our first week here, the city and province of Málaga has been introducing us to its many different faces. So far, we have become acquainted with its ancient and modern sides, vast tourist areas, and authentic Andalucian atmosphere. 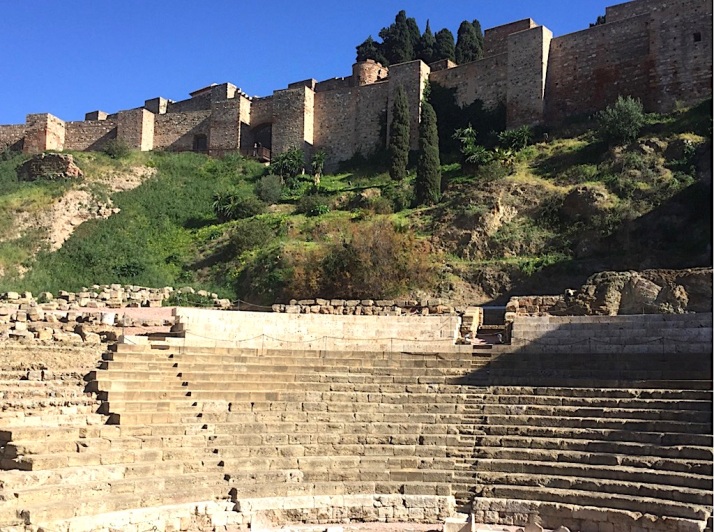 Malaga is an old city. Due its coastal location and natural harbor, seafaring Phoenicians first set up camp here in 770 BC. For the next 28 centuries, Greeks, Carthaginians, Romans, Visigoths, Moors, and finally Christians have continuously resided here.

Amidst the relics of old Málaga, we have also found the polish and designs of a modern city. Málaga is the southernmost large city in Europe (population greater than 500,000). Because of its ideal size and wide variety of natural and historical interests it is a prime tourist and cruise ship destination. 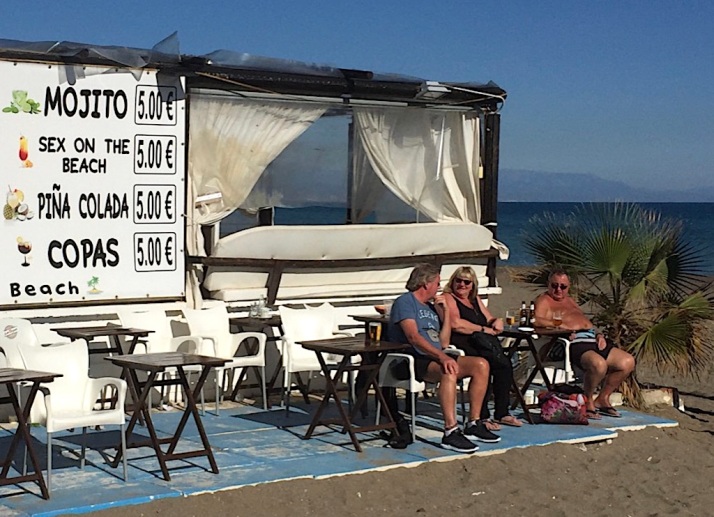 Most of the tourists migrate here from northern Europe for the soothing sunshine and miles of uninterrupted beaches. Málaga enjoys the warmest winters of any large city in continental Europe, and is aptly known as the “Capital of the Costa del Sol”.

If the Costa del Sol is the over-played hit single, Málaga’s provincial La Axarquía region is its unforgettable B-side. This atmospheric area of green terraced valleys is blanketed in fruit orchards and dotted with pretty white villages from the Moorish era. 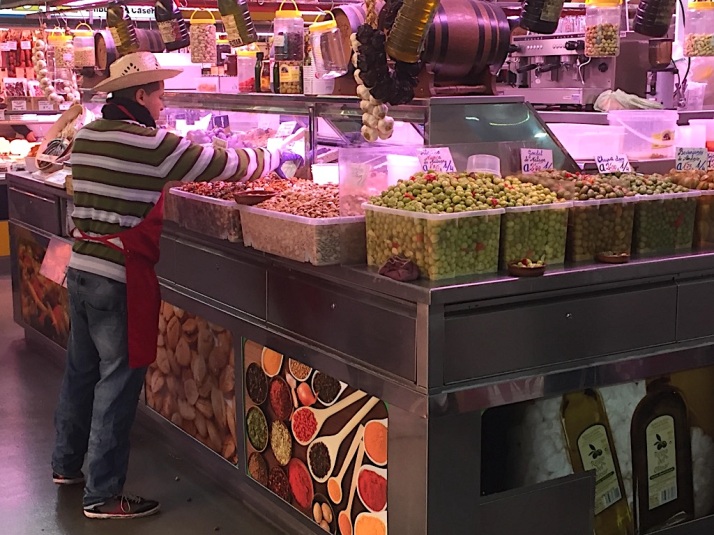 The fertile La Axarquía countryside is famous for its olives, almonds, and sweet raisin wine. Happily, after a week, our sampling of these delicacies has only just begun.

As we carry on through the month of February, we will be looking to find more attributes of this sunny and interesting area. Like those shimmering diamonds on the Mediterranean Sea, the combination of ancient, modern, touristy, and authentic create a brilliant reflection in multifaceted Málaga.

Esther with Pablo (Picasso was born in Málaga in 1881)