Bearing due south, we flapped our wings for 7,000 miles (11,300 km) until we ultimately made landfall in the Patagonian town of Punta Arenas, Chile. Located on the renowned Strait of Magellan, Punta Arenas is the largest city in this windswept part of the world, and is only 850 miles (1,400 km) from the mainland of Antarctica.

Cassie and Esther can’t wait to see the penguins

So close to Antarctica, we were thrilled to be formally greeted by a colony of 150,000 Magellanic Penguins. These elegantly tuxedoed creatures occupy the Los Pingüinos National Monument on the small uninhabited island of Magdalena, which is accessible from Punta Arenas by a popular two-hour boat trip.

This handsome fellow posing for the cameras

Our transport consisted of a shallow-draft barge similar to a large D-Day landing craft. After beaching the vessel, the crew lowered the bow ramp, and our battalion of fellow tourists rushed ashore in an all-out amphibious assault of the island. Armed with cameras of various calibers, our photo shots were returned only by the curious stares of countless black-and-white clad onlookers.

The Magellanic Penguin is a mid-sized flightless bird that comes to Magdalena Island each year to birth and raise their young. Our late February visit coincided with the end of the breeding season, when the nearly full-grown chicks are molting the last of their downy soft baby feathers. 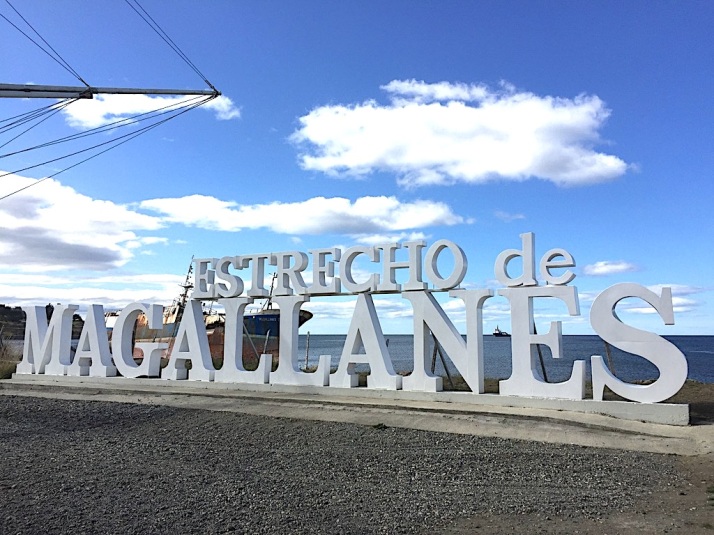 Quincentennial of the discovery of the Strait of Magellan

After bidding farewell to our fashionable friends, we returned to Punta Arenas through the vital Strait of Magellan. First sighted in 1520 by the Portuguese explorer Ferdinand Magellan, this inland passage opened a short cut around Cape Horn that expedited the first circumnavigation of the globe.

Shipwreck along the Strait of Magellan

On this, the 500th anniversary of its discovery, the Strait of Magellan continues to be the most important natural passage between the Atlantic and Pacific Oceans. Although it allows mariners to avoid the notorious open sea route around Cape Horn, the narrow Strait of Magellan itself is also hazardous and difficult to navigate. 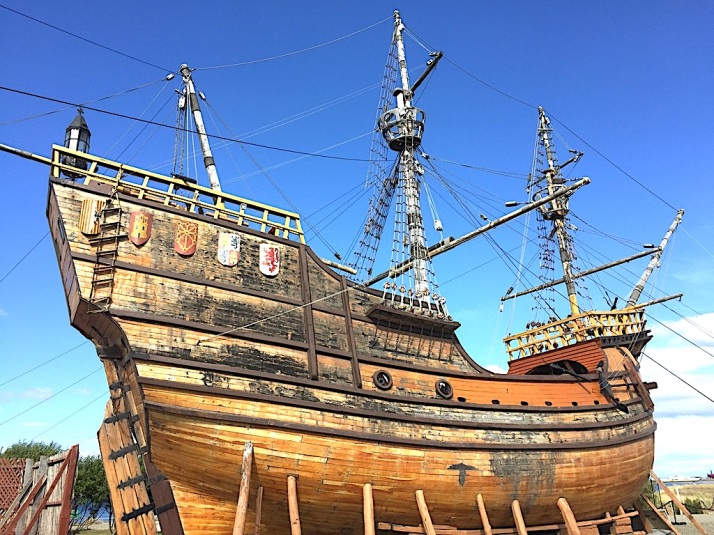 Replica of Nao Victoria (first vessel to circumnavigate the globe)

To better appreciate the perils faced by these 16th century explorers, we boarded a full-sized replica of the Nao Victoria, the only one of Magellan’s five-ship flotilla to complete the around-the-world journey. Aboard this cramped and spartan Spanish carrack, it is no surprise that only 18 of the expedition’s original 270 crew members completed the full global circumnavigation.

Regrettably, when the Magellan expedition encountered the penguin colony of Magdalena Island, they easily captured these slow and clumsy birds and ate them. Five hundred years later, the charming and debonair penguins have successfully repopulated the island, and seemed delighted to offer us a prim and proper Chile reception. 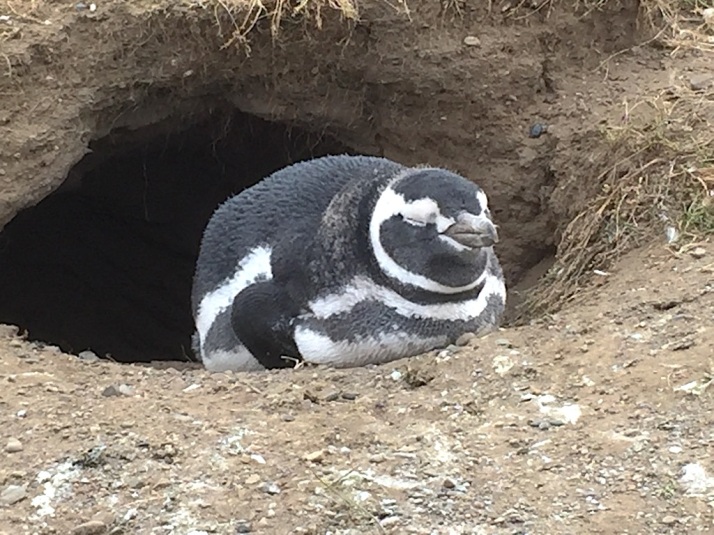 Blogger’s Note:  On March 17th, the President of Chile announced that he would be closing the country’s borders within the next 48 hours. With more than two months still left in our South America trip, we considered staying and weathering the corona virus pandemic from the comfort of our rental apartment in southern Chile. Instead, faced with the likelihood of several weeks in self-isolation in a foreign country, we decided to abort our trip and fly home. On March 19th, after five flight connections and considerable expense, we returned to our hometown of Reno, Nevada. Now, despite the perils of breathing questionable airplane air and sitting for hours in close proximity to other travelers from around the world, we are feeling alright and happy to be in quarantine in our own home. Take good care, everyone!

24 thoughts on “A Chile Reception”