In a small three-sided area of calcareous soils in southern Spain, white palomino grapes grow-up to be sherry wines. To “research” and taste these curious wines, we triangulated in our rental car to the towns of Jerez de la Frontera (Jerez), Sanlúcar de Barrameda (Sanlúcar), and El Puerto de Santa Maria (El Puerto).

Our introduction to sherry wine launched in the town of Jerez. Etymologically, the name “Jerez” comes from the Muslim word “Scheris”, from which the word “sherry” is also derived. Jerez is a classic southern Spanish town known for its flamenco music, Andalucian horses, and numerous sherry bodegas.

Jerez is home to the renowned González Byass bodega and its celebrated brand of dry fino sherry Tio Pepe. With his wide-brimmed red hat, red bolero jacket, and flamenco guitar, Tio Pepe (Uncle Joe) is one of the most recognizable advertising figures in Spain.

Learning about the solera aging process at Sandeman

For a tour and tasting, we skipped the crowds at Gonzâlez Byass and instead visited the “Don” and the House of Sandeman. Inside Sandeman, our black-caped tour guide introduced us to the basics of sherry wine, including the all-natural winemaking processes that employ old American Oak barrels and an exclusive and complex “solera” aging process.

The informative tour concluded with the tasting of four sherry wines. By fortifying sherry with added alcohol, dry varieties are created from golden-yellow fino to amber amontillado and oloroso. Additional sweet sherry wines are made by adding the sugary raisin wines of Muscatel and Pedro Ximénez. 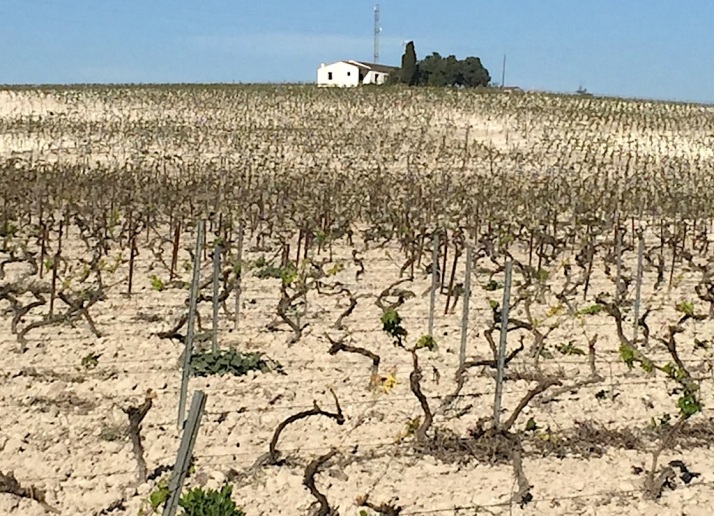 Following an isosceles course, we continued our sherry wine education in the seaside town of Sanlúcar. At this location, where the Guadalquivir River drains into the Atlantic Ocean, the 1519 Magellan expedition to circumnavigate the Earth embarked 500 years ago, and barely returned full-circle three years later. 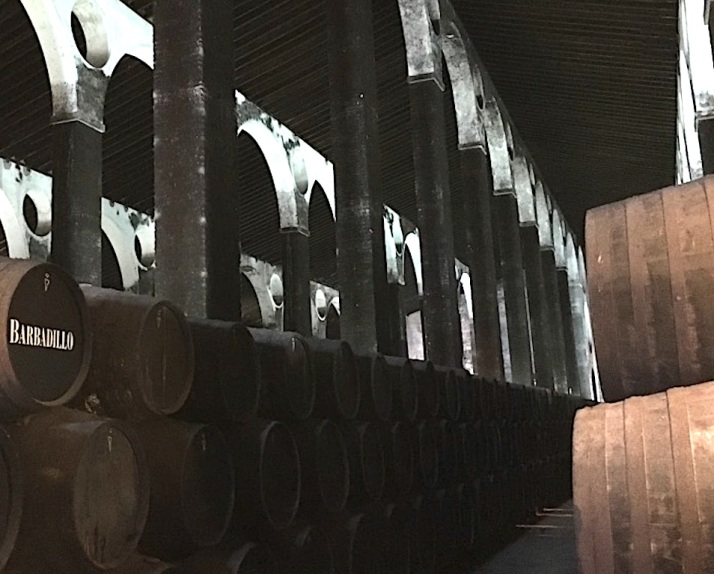 In Sanlúcar, we called on the Barbadillo Bodega, the largest producer of manzanilla sherry. Manzanilla is a tangy and salty fino sherry only produced in the coastal climate of Sanlúcar. It is aged in dark, naturally-ventilated, cathedral-like warehouses, which promotes thick yeast layers inside the barrels that protects the wine from oxidization.

From Sanlúcar, we navigated back to El Puerto, our home port for the month of April. El Puerto is also the origin of Osborne Bodegas and the Osborne Bulls, a series of 91 billboards throughout Spain of silhouetted black bulls standing an imposing 46 feet (14 meters) tall. 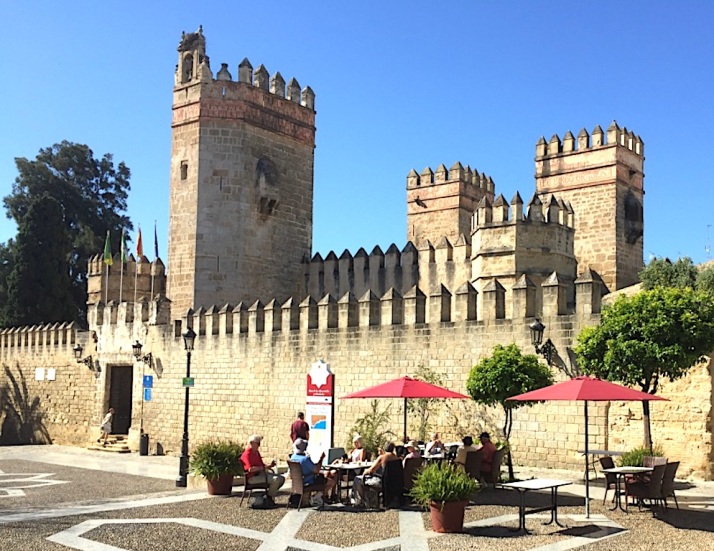 To taste the sherries of El Puerto, we visited Castillo San Marcos, a restored 13th century castle now owned by Bodegas Caballero. Inside the castle, Columbus conceived the route to the Indies. Later, the cartographer Juan de la Cosa, owner of the flagship Santa María, made the first map of the New World here.

By following our own map, we successfully circumnavigated the three-sided route between Jerez, Sanlúcar, and El Puerto. Along the way, we discovered a unique winemaking process and acquired a taste for the unusual and diverse varieties made exclusively within the Sherry Triangle.

22 thoughts on “Navigating the Sherry Triangle”