Over the past month in Catalonia, we have marveled at its architectural treasures in cosmopolitan Barcelona, explored the medieval origins of its quest for independence, and walked its rugged coastline along the deep blue Mediterranean Sea. At the end of our month in Catalonia, we crossed the Pyrenees Mountains in search of a loftier perspective.

The Pyrenees mountain range forms a 305-mile (490 km) natural border between Spain and France, separating the Iberian Peninsula from the rest of continental Europe. It stretches from the Mediterranean Sea in Catalonia to the Atlantic Ocean in the Spanish Basque Country.

On Esther’s birthday, we rented a spunky little Citröen, and started our climb through the foothills, stopping in the cheerful town of Olot. By coincidence, we arrived during the Festes del Tura, a traditional street festival including a full schedule of lively events. It was very welcoming of them to have live music, fireworks, and a confetti-throwing parade, all in Esther’s honor. 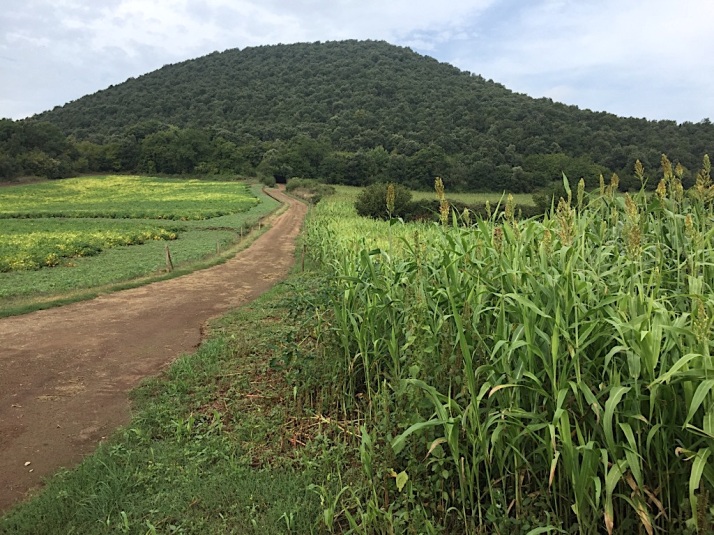 The rolling terrain around Olot includes the Garrotxa Volcanic Zone, consisting of 40 volcanic cones and over 20 lava flows. Here we discovered the Croscat volcano, the youngest and tallest volcano on the Iberian Peninsula. Only about 12,000 years old and standing 620 feet (190 m) tall, the volcano is now enveloped in luxuriant vegetation thriving in the fertile volcanic soils. 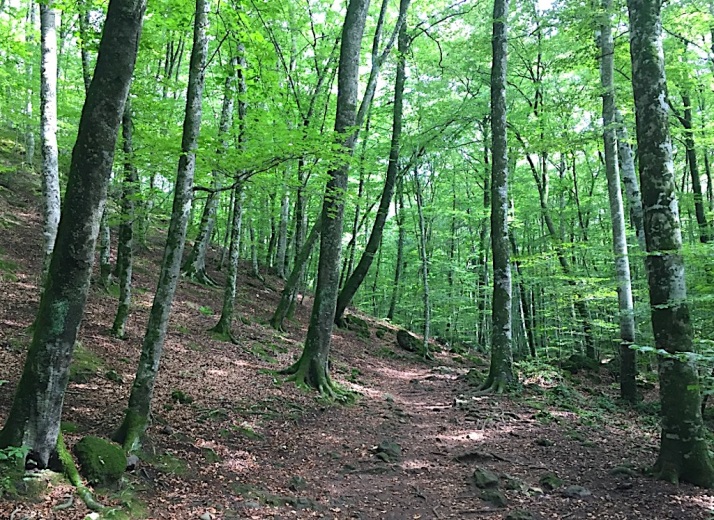 Hiking through the hillocks of basalt lava, we entered La Fageda d’en Jordà, a legendary forest of Beech trees named after a poem by the Catalán writer Joan Maragall. In an enchanted land of moss-covered volcanic rocks, the late afternoon sunlight lyrically filtered through the canopy and enlightened its lucid green foliage.

After leaving the foothills, we ascended into the high mountains of Aigüestortes, Catalonia’s only national park. Here, we entered a glaciated granite territory of sharpened peaks, saw-toothed ridges, and deep U-shaped valleys. Under the bright high-altitude sun, we easily followed a chain of glacial tarns to the reflective waters of Gran d’Amitges Lake.

On our next hike, thunderclouds filled the sky and painted the landscape in infinite shades of gray. At the top of the trail, hammering hail and pounding rain chased us into a nearby mountain refuge, where we luckily found shelter from the storm and a comforting cup of hot coffee. 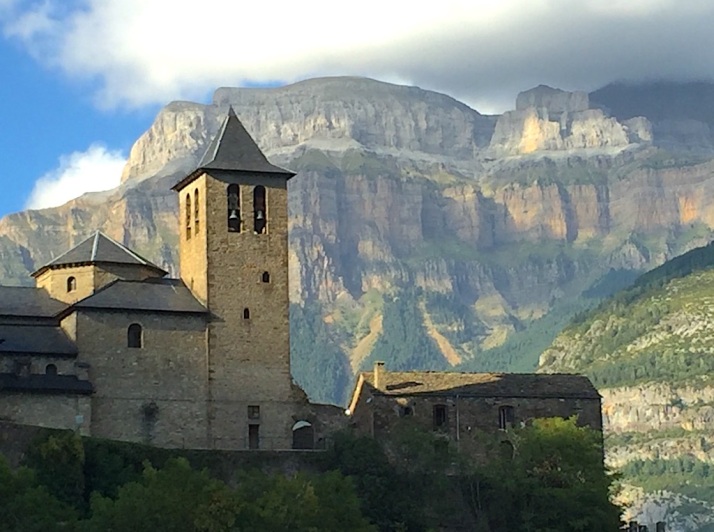 The next day, we finally exited Catalonia, and passed into neighboring Aragon, stopping in the preserved medieval mountain town of Torla. From here, we visited Ordesa National Park for another hike and to see Monte Perdido, the highest limestone massif in Europe. 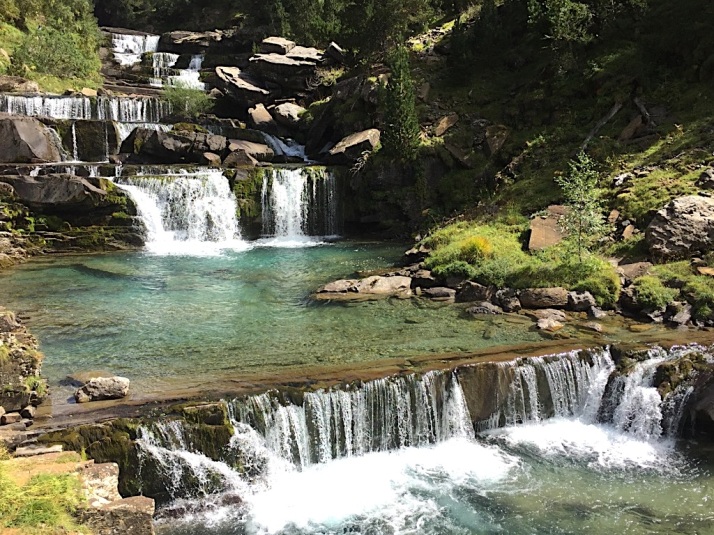 Under the illuminated canopy of a volcanic Beech forest, beside the meditative waters of a high-altitude glacial lake, and resting atop a contemplative mountain peak, we had the opportunity to look back on our month in Catalonia. What we found was creative architecture, a claim for independence rooted in history, a rugged walkable coastline, and a loftier perspective by crossing the Pyrenees Mountains. 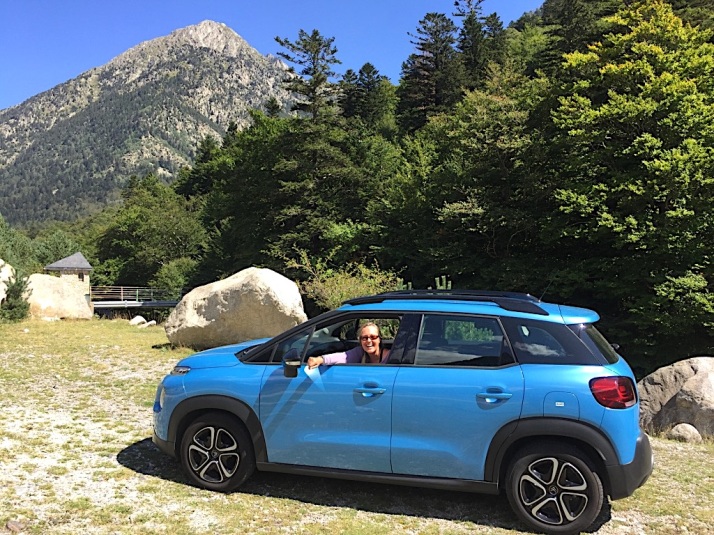 14 thoughts on “Crossing the Pyrenees Mountains”