On an island in the middle of a large shallow lake, a golden eagle landed on a thorny nopal cactus and devoured an angry rattlesnake. To the astonished Aztecs, this was a sign from god to cease their wandering and build one of the greatest cities in world history. From the location of this moment of nature, I began my own wander through seven centuries of Mexico City history. 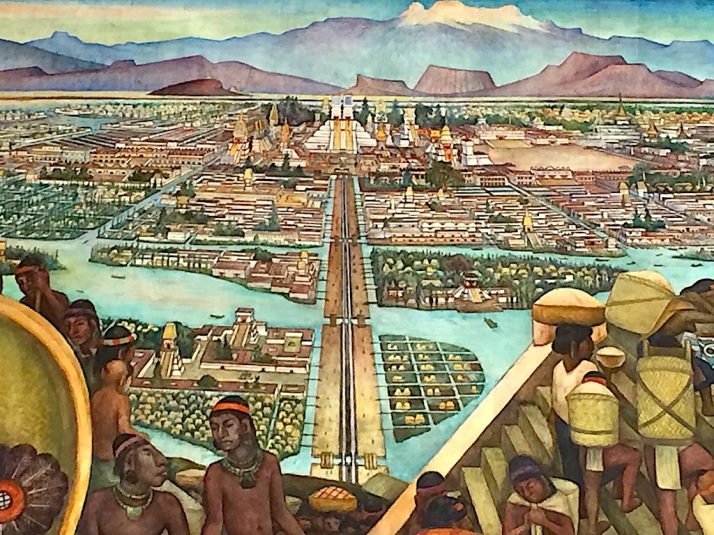 I must admit that I was intimidated at first by this sprawling city of over 20 million unfamiliar faces, speaking a language that I studied in school over 30 years ago. Fortunately, the city’s enduring architecture, artistic murals, and numerous monuments chronicle the story of Mexico and its ancient capital city.

All that is left of the Aztec’s pyramid Templo Mayor

The history of Mexico City begins on the 14-acre Zócalo, one of the largest public squares in the world. Just a stone’s throw away, the Aztec’s built their chief ceremonial pyramid Templo Mayor. As I walked through the archeological site, I sadly found only a fraction of its original construction, leaving its former grandeur almost entirely to my imagination. 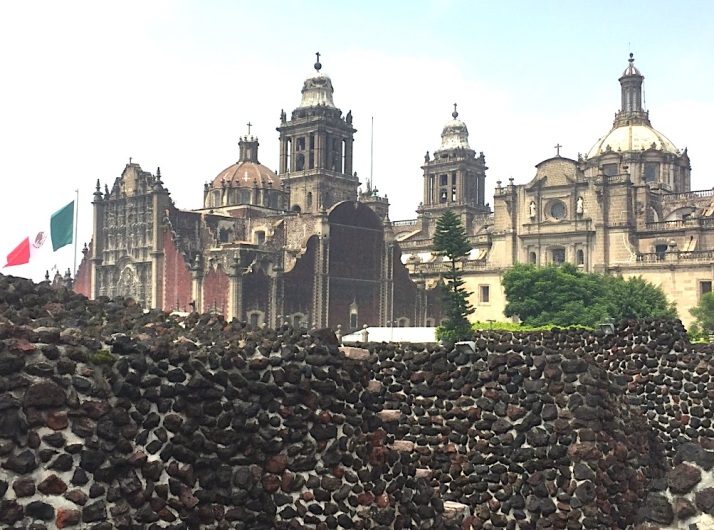 It is difficult to imagine; however, how Hernán Cortés and his undersized army of vastly outnumbered Spanish conquistadors improbably defeated the great Aztec Nation in 1521. It was the conquering Spanish who gutted the Templo Mayor, pilfering the stones to build their own massive Metropolitan Cathedral.

The Angel of Independence (El Ángel)

After exactly 300 years of Spanish rule, Mexico attained its independence. To honor this achievement, I visited the iconic Angel of Independence victory column. Crowned by the gilded goddess Nike, El Ángel, is probably the city’s most recognizable symbol, standing tall in the center of Paseo de la Reforma, Mexico City’s grand boulevard.

Paseo de la Reforma runs diagonally between the historical center and Chapultepec Park. The wide concourse includes a chain of traffic roundabouts called “Glorietas”, each encircling an exquisite statue or memorial. Like pendants dangling from a charm bracelet, each monument represents a meaningful episode in the life of the city. 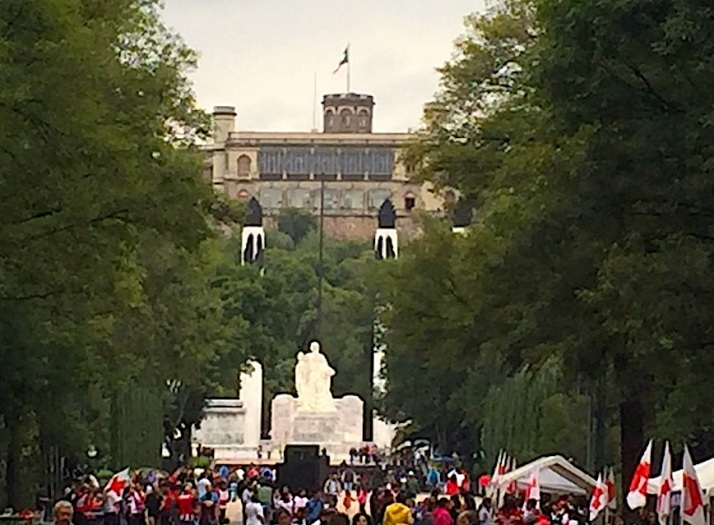 Chapultepec Castle and Monument to the Niño Heroes (Boy Heroes)

Looking straight down Paseo de la Reforma, is the hilltop Chapultepec Castle. Now home to the Mexican National History Museum, the castle is symbolic of Mexico’s struggles during its first century as an independent republic. It was the site of a decisive battle during the Mexican-American War, and housed Maximilian I, the Emperor of Mexico during the French intervention. 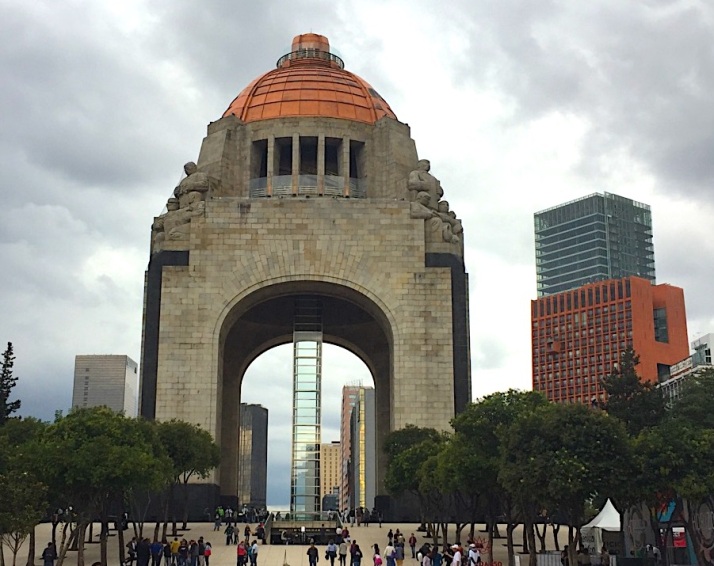 Monument to the Mexican Revolution

By 1917, revolutionaries had put an end to the 35-year dictatorship of Porfirio Diaz, and enacted a new constitution. On this, the one hundred year anniversary of the end of the Mexican Revolution, I climbed the lofty Monument to the Revolution. From the top of this, the tallest triumphal arch in the world, I could see modern Mexico City spreading across the vast former lakebed.

After wandering through seven centuries of its colorful history, I returned to the nucleus of Mexico’s ancient capital. There, in the center of the vast Zócalo, stands a towering staff flying a gargantuan Mexican flag. In the heart of the red, white, and green tricolor is Mexico’s proud coat of arms: a golden eagle perched on a nopal cactus, devouring an angry rattlesnake.

This morning’s headlines in Mexico City

Blogger’s Note:  Esther arrived in Mexico City last night, just in time for Mexico’s largest earthquake in one hundred years. It woke her up, but she thought she was dreaming. I slept right through it. We are well, and we have not seen any significant damage here.

6 thoughts on “The Eagle and the Snake”