At the end of a month, we started to feel at home in Monterey. We had deciphered its maze, cracked its code, and simplified its ambiguity. But, just as Monterey became part of our everyday lives, it has now already lodged itself comfortably in our memories.

For the month of October, we have moved about 200 miles (322 km) south down the California coast to the clement city of Santa Barbara. To reach our October home, we drove down California State Route 1, irrefutably one of the world’s most scenic road trips. 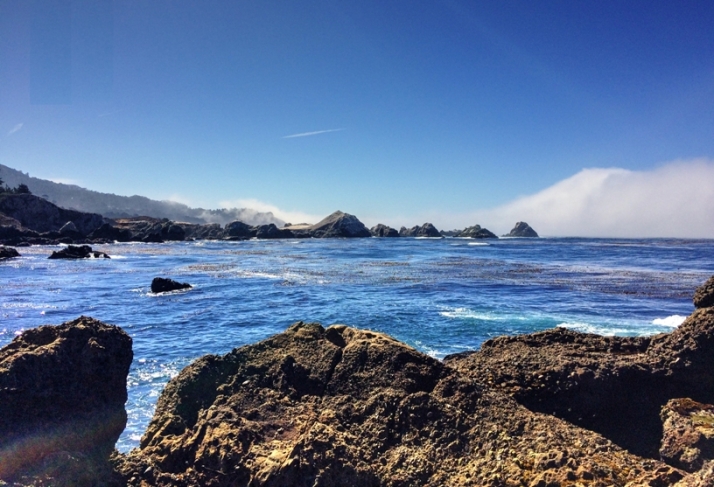 Speeding along Highway 1, our scenery meter red-lined as soon as we crossed the Carmel River and entered Big Sur, the longest and most fetching stretch of undeveloped coastline in the continental Unites States. Until 1937, the 90-mile route through Big Sur was a rugged horse and wagon trail. Today, a crooked two-lane road hangs precipitously by its asphalt finger tips to the sheer and crumbling cliffs.

Our first pit stop in Big Sur was Point Lobos peninsula, sticking out like a hitchhiker’s thumb at the south end of Carmel Bay. Called the “greatest meeting of land and sea”, it is where eroded rocky shores are greeted by crashing waves and expansive ocean vistas. 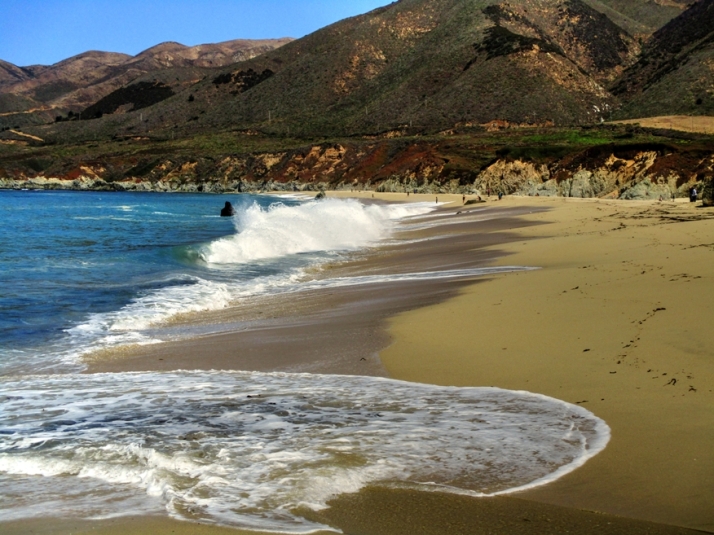 The powerful waves of Garrapata Beach

Secluded pockets of sand and hidden beaches fill coves all along the crenulated Big Sur coast. We found an unusually accessible stretch of sand at Garrapata Beach. Walking the shoreline, we saw caves, nooks, and arches excavated by the powerful waves, and a clear freshwater creek flowing out to sea.

Back behind the wheel, I slammed the brakes at the iconic Bixby Creek Bridge, one of the tallest single-span concrete bridges in the world. Amidst all the natural wonders of Big Sur, a manmade bridge is the most photographed feature? Foreign tourists actually stop their convertible rental cars in the middle of the highway to take its picture. 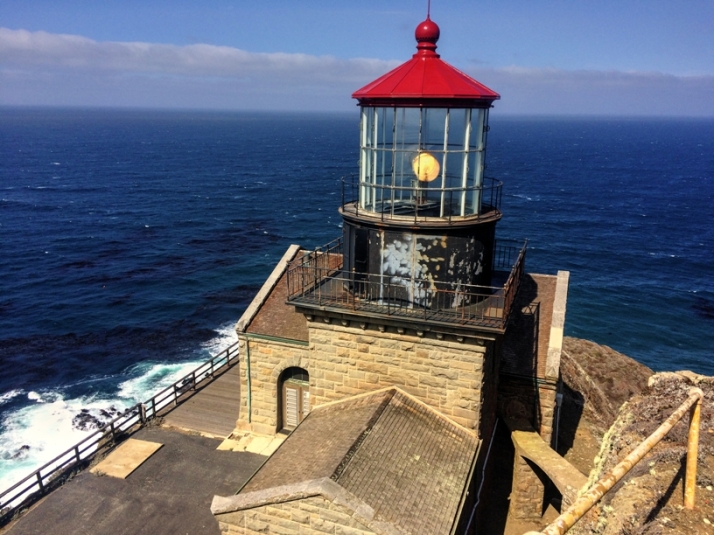 As we motored deeper south into Big Sur, we lost a lot of tourist traffic in the obscure remoteness of the coast. From a distance, we spotted a beacon of light radiating from the top of a great wedge of rock. Upon closer inspection, we had sighted Point Sur Lighthouse, the only 19th century light station open to the public in California.

Morro Rock, “The Gibraltar of the Pacific”

Like all road trips, there were things that we missed. One unmistakable landmark was Morro Rock along the central California coast, where we started our month-at-a-time adventures back in February. As with Monterey, these familiar surroundings were also once part of our everyday lives, but now reside nostalgically in our memories.

Our home for the month of October

At the end of our road trip down California State Route 1, we arrived in Santa Barbara and parked in the driveway of our monthly apartment rental. Turning the key to the front door, we will also try to unlock the vagaries of this new place, until it too feels like home.

Will you be giving me treats in Santa Barbara?

Blogger’s Note: I wish to dedicate this post to my mother Mary Lou, in celebration of her 81st birthday. She is a big fan of our blog, and we are big fans of her lovely personality and lively sense of humor. Happy Birthday Mom!

11 thoughts on “South to Santa Barbara”