At 3:00 am, under the sturgeon full moon, Esther and I set off together on the Mt. Whitney Trail. After an hour, it was clear that I would be unable to continue, due to the nausea and low-grade fever of a gastrointestinal virus. Over the next 14 hours, while I alternated between sleeping in the car and running to the pit toilet, Esther completed one of the greatest day hikes in the United States. 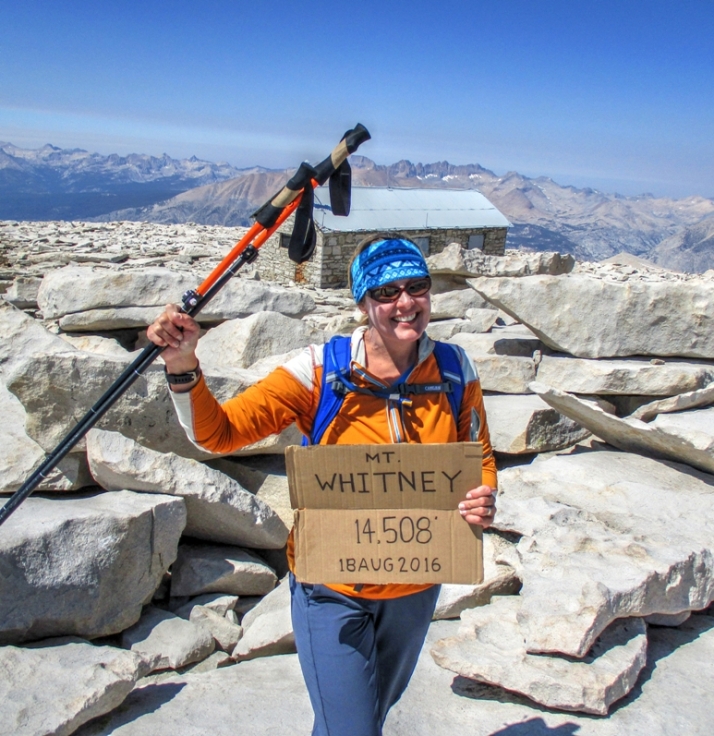 Hiking 22 miles (35 km), she gained over 6,000 feet (1,830 m) of elevation to set foot on the 14,508-foot (4,422 m) summit of Mt. Whitney, the highest peak in the continental United States. Afterward, on the two hour drive back to our rented condo in Mammoth Lakes, Es recounted her feat, describing the various portions of this long punishing trail.

Icy section of the 99 Switchbacks

After the first 6.2 miles (10 km) of steady uphill hiking, she crossed the tree line at Trail Camp, where dozens of overnight backpack hikers were breaking camp. From here, putting one foot in front of the other, she began the monotonous ascent of the trail’s dreaded 99 switchbacks. Zig-zagging repetitively upslope for about 2.3 miles (3.7 km), the trail finally uncoils onto the precipitous Trail Crest.

View to the west on the Trail Crest

Along the resistant angular crest, she found her first expansive view to the west across the Sierra Nevada Mountains. On the hazy horizon beyond the rugged range, she could see a huge mushroom cloud of smoke from the massive San Bernardino County fire inflating into the stratosphere. 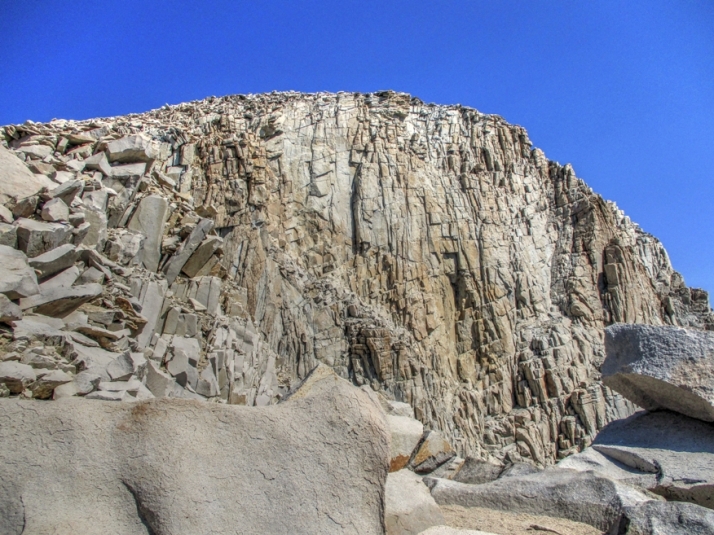 Rocky trail to the summit

Once she had traversed the narrow knife-edged crest, the most challenging section of the trail was the final ascent to the summit over a rocky talus terrain. As if the summit would never come, she slowly scaled one irregular rock step at a time, until the mountain ran out of obstacles.

Like massive roofing shingles, the summit was surfaced with enormous flat slabs of spalled granite. As she rested on the rooftop of the Lower 48, she found a stone summit shelter and brass survey monument, and had a photo taken with her homemade cardboard sign. At that climactic moment, she came to the surreal revelation that she was currently taller than anyone else in the entire continental United States.

Es hiked solo to the summit, passing several other hikers of many other nationalities. On the way back; however, she surprisingly met a fellow travel blogger, Deb of Rolling Recess, and the two descended the mountain together. Hiking back, Es and Deb agreed that the long protracted return to the trailhead was an arduous journey that they thought might never end. 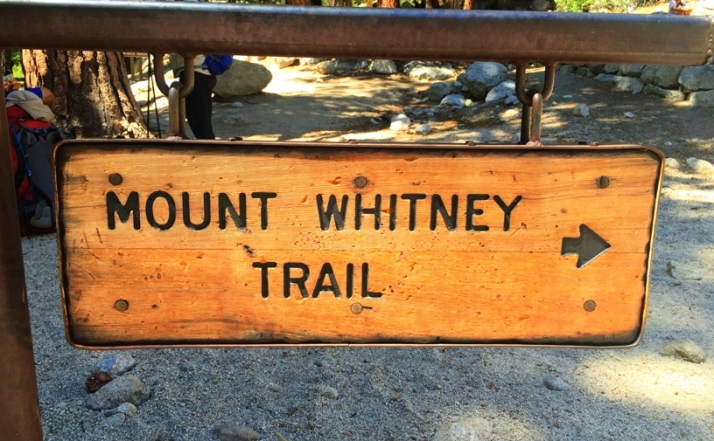 Elated and exhausted upon finally reaching the end of the trail, Esther deserves an Olympic gold medal for achieving this monumental endeavor. Standing on the podium, with the American flag rising and the national anthem playing, she will always remember with well-earned pride her accomplishment of hiking in one long day to the highest point in the continental United States. 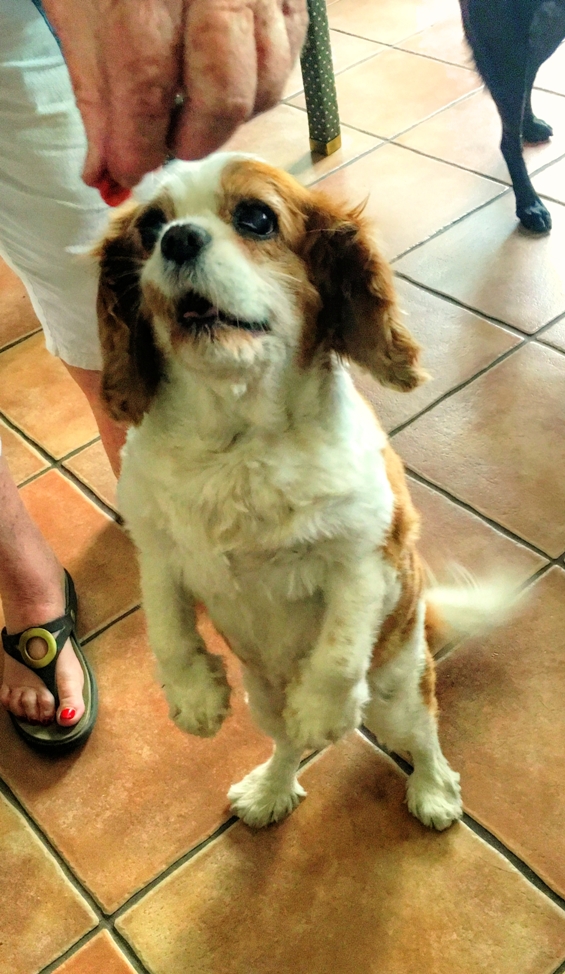 Will dance for food at Granny’s