Green, warm and vivid by day, and clear, cool and dark by night, Tucson, Arizona will be our home for the month of April 2016. Every April, Tucson’s desert bloom peaks in the bright daytime sun, and Orion and the Winter Triangle loom large under the resplendent nighttime sky. After the past two months on the California coast, we have moved inland to Tucson for its contrasting natural landscapes and diverging temperate climate.

Coyote and cacti of the Sonoran Desert

As we crossed the Peninsular Range between San Diego and Tucson, the cool marine breeze surrendered to the warm dry air of the Sonoran Desert. The Sonoran Desert covers 100,000 square miles of the horse latitudes of Arizona, California and Mexico. It is considered the world’s wettest desert, where mild Pacific winter showers and summer monsoonal cloudbursts contribute to its incomparable bi-seasonal rainfall totals. 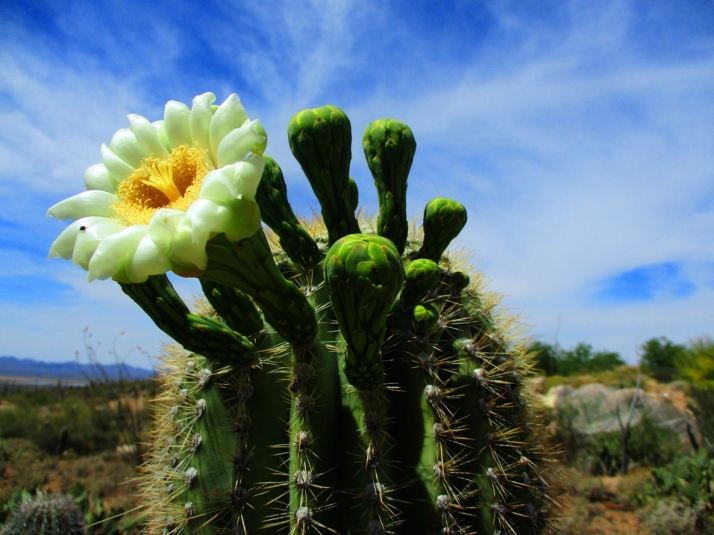 Home to more plant species than any other desert in the world, the Sonoran Desert is known as the “green desert”. In this lush environment, the Sonoran Desert supports a diverse variety of cacti and other desert flora. The elegant Ocotillo with flaming scarlet flowers at the end of its long slender wands, the thorny Cholla, barbed for battle and waiting to deploy its unforgiving spines, and the iconic Suguaro with its straight corrugated torso and burly arms raised victoriously to the sky. This month, we will surely rub elbows with this botanical trio, and their supporting cast of other intriguing Sonoran Desert plants. 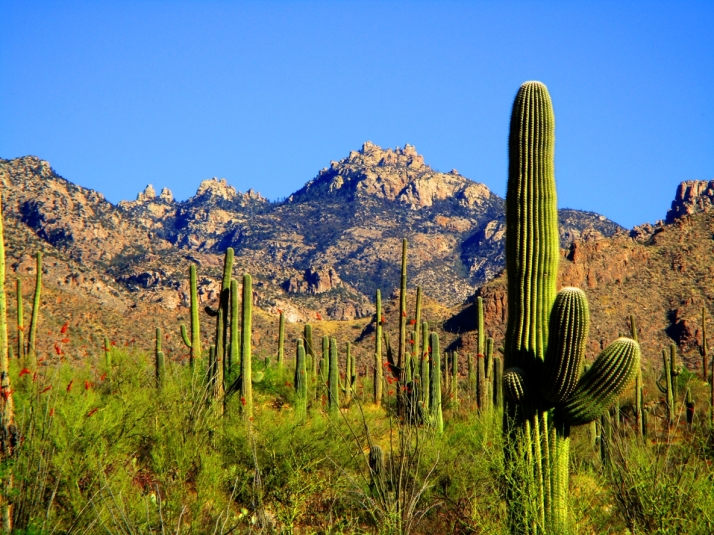 Blanketed in blooming desert plants, the Santa Catalina Mountain range casts its substantial shadow on our modest rented apartment in the north Tucson foothills. The “Catalinas” are uplifted fault-block mountains within the Basin and Range physiographic province. The rugged terrain is mostly composed of massive crystalline granites and grossly deformed metamorphic rocks, and is crisscrossed by miles of scenic and challenging hiking trails. In the days ahead, we will try to leave as many footprints as possible upon the Catalinas, as we trek through its verdant canyons and climb its jagged peaks.

Crowning the Santa Catalina Mountains is the Mount Lemmon Observatory. Astronomers come here and to several other nearby mountaintops to study the universe through the clear dark southern Arizona atmosphere. Over the next month, as the moon progresses through its lunar cycle, we plan to practice our amateur stargazing, tracking constellations and other heavenly bodies under these legendary and unobstructed night skies. 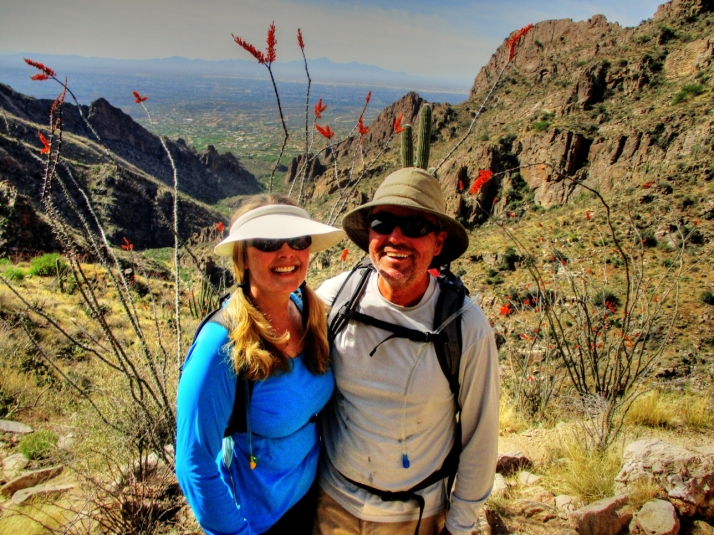 At the end of the lunar cycle, when the desert bloom closes down for the approaching summer, and the balmy weather turns unbearably hot, it will be time for us to move on again. Until then, for the month of April 2016, we are thrilled to be living in the shadow of the Santa Catalina Mountains, where we hope to become better acquainted with the night sky and more conversant with the flora of the green Sonoran Desert. 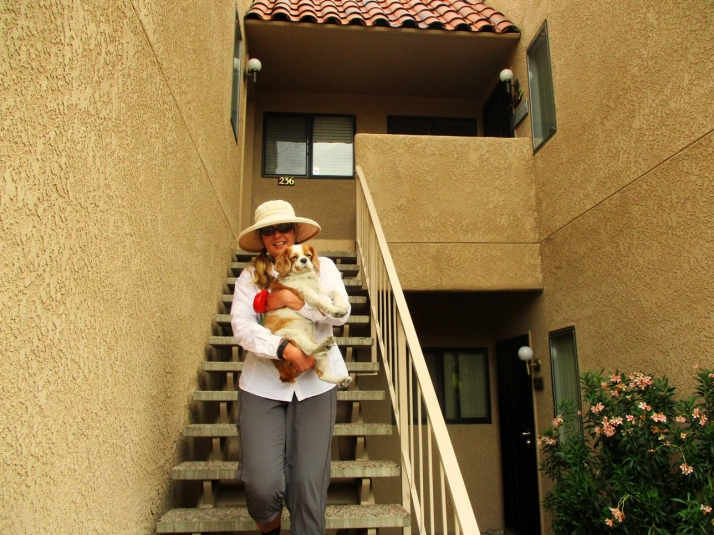 4 thoughts on “April in the “Green Desert””